Jennifer Carroll Foy is a public defender, where she represents some of Virginia’s most vulnerable citizens, including adolescents, the indigent and the mentally ill. She is also an adjunct professor at Northern Virginia Community College. Jennifer was born and raised in Petersburg, Virginia.

She earned a full scholarship to Virginia Military Institute and enrolled in the third class of female cadets to attend the historically all-male college. One of the reasons she chose to attend VMI was that she believes women should be aforded the same educational opportunities as men. After VMI, she received her Master’s degree, her law degree, and she served as a Magistrate in Richmond.

One of Jennifer’s proudest contributions to her community was her creation of the Foundation for Foster and Orphan Children, a 501(c)(3) organization that builds a better future for foster and orphan children. Foy was a foster parent herself for many years.

Foy has dedicated her life to public and community services and she is not one to back down from doing what is right for the people in her community. She will continue to fight for sustainable change.

Jennifer believes that public education has a direct impact on the economy and helps raise families out of poverty. To maintain a strong public education system, she wants to increase teacher salaries, champion early childhood education, and reinvest in public schools so they can remain competitive.

Foy supports equal pay for equal work, and she will fight for women’s rights to unrestricted access to affordable care, including reproductive services.

Foy believes that current immigration policy is not working, especially on a diverse county like Prince William where ethnic and racial groups can be negatively stigmatized. She supports comprehensive immigration reform that is consistent with our country’s values and legislation that permits undocumented drivers to obtain licenses, which will both increase revenue and make streets safer.

As a former magistrate and a public defender, Foy knows from experience that “smart-on-crime” initiatives are more effective and cost efficient than “tough-on-crime” practices. She supports policies that will end the school to prison pipeline, the decriminalization of possession of marijuana by adults, and eliminating the suspension of licenses for failure to pay fines and fees.

As a daily commuter, Foy understands the effect that traffic has on businesses and the quality of life. She will work to find viable transportation solutions, such as extending the metro into Prince William County, extending HOV lanes and improving secondary roads in the county.

Jennifer knows that climate change threatens our environment and our economic future. She will support laws that encourage the production of electricity from renewable energy and challenge businesses to engineer solutions that will reduce carbon output. 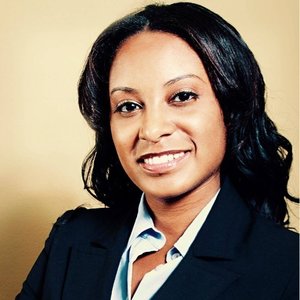