Joanna Cattanach is a teacher, mom, and community advocate. She was honored to serve as the Democratic nominee for House District 108 in 2018. Her grassroots campaign moved the district from a 20-point Republican advantage to one separated by just 220 votes after a recount. It was the largest margin gained by any state house candidate in Dallas County, with record setting voter turnout. This district, its values, and its families are worth fighting for and Joanna is fired up to finish what was started.

Joanna and her family proudly call East Dallas home. They love the neighborhood’s public schools and parks, and the diversity of this district. She is a native Texan and was born in Fort Worth. At three, Joanna and her brother were placed into the state’s foster care system and she knows all too well the challenges the most vulnerable children in the community face each day. That’s why she’s worked as an advocate and leader on issues from immigration to women’s rights to education and public safety. As a former foster care child, Joanna will fight for children in foster care and work to alleviate the overburdened system.

Joanna’s father was a welder with an eighth grade education. He taught her to work hard and treat others with respect. After graduating from high school, she took a dirt road out of town to Baylor University and earned a bachelor’s degree in Political Science and a Master’s degree in International Journalism. Joanna later moved to Dallas to fulfill her dream of becoming a reporter. She considers her time as a full time journalist to be among the most rewarding years of her life. Joanna has spent the last 10 years teaching journalism and communications, giving students the skills to honor facts, to honor voices, and to appreciate free speech and a free press.

Joanna is running for office because this district needs a new voice and new leadership in Austin. With roots in this district, and having worked in areas and neighborhoods to increase voter turnout and fight for community issues, Joanna is ready to be the leader the district needs.

Economy and Jobs
Joanna vows to fight for and grow Texas’ economy. She will push Austin to invest in green jobs and workforce training as well as incentives for the arts and film production, small business development and community-centered development. She will also advocate for investment in community colleges and workforce and trade education. This will help produce a better infrastructure to meet the demands of the state’s growing economy.

Healthcare
Joanna supports increased funding for healthcare, including mental health services. She will fight for the state to further invest in community and school clinics and other innovative healthcare options, to get Texans the necessary coverage they need to stay healthy. She also supports making family planning and mental health services more accessible and affordable for all Texans.

Education
As an educator with over 10 years of classroom experience, Joanna has seen the value of a quality public education. She supports increased state funding to public schools and universities in order to ensure that teachers are paid adequately, and that students get the education they deserve. Joanna also supports universal pre-k education and free community college, as well as alternative educational opportunities, such as technical training, which will help fulfill immediate workforce needs.

Redistricting
Joanna supports setting up an independent redistricting commission in Texas that will help end the practice of gerrymandering in the state. This commission will allow constituents to choose their representatives instead of the other way around.

Equality
Joanna is a proud ally of the LGBTQ community and was an outspoken opponent of the state’s religious liberty law that effective bans gay families from adoption. She will fight to protect the LGBTQ community’s rights to marriage, adoption, insurance, and protection against wrongful termination.

Environment
Texans have a responsibility to protect the state’s environmental future. This is why Joanna will fight to strengthen environmental regulations and empower state regulators to hold corporations and businesses accountable for contaminating the earth, water, and air. Dangerous drilling techniques that contaminate water supplies, endanger communities, and make land uninhabitable aren’t building a better Texas. Joanna supports green transportation, community parks, and the smarter use of natural resources in urban environments.

CPS and Foster Care
As a former foster child, and the first, when elected, to serve in the state legislature, Joanna knows the challenges the most vulnerable in the community face each day. She will advocate for adoption and fight to make the process less discriminatory, opening up more homes to foster children. Additionally, Joanna will fight for foster children to have better access to college and workforce training.

Gun Sense
As a former Moms Demand Action-approved candidate and a current member, Joanna supports increased background checks and a state-wide gun surrender policy to keep firearms away from dangerous offenders. She opposes campus carry legislation that puts students at risk, and she opposes marshall programs that place an undue burden on teachers and greater liability on urban school districts. 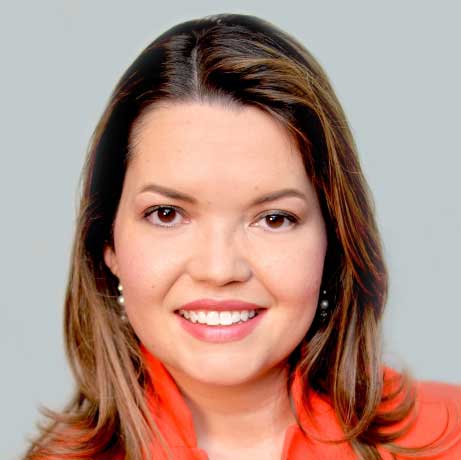 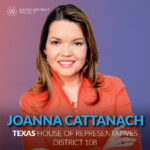