Delegate John Bell served almost 26 years in the United States Air Force before retiring as a Major in 2007. Following his career in the United State Air Force, John continued his work in the private sector, where he led teams of financial professionals and assisted government clients to identify inefficiencies and implement cost-saving solutions. John was elected to the Virginia House of Delegates in 2015. Since assuming office in 2016, John has worked across party lines to pass Medicaid expansion, increase school funding and teacher pay, fight for common-sense gun safety reforms and champion policies to address the opioid addiction crisis. John lives with his wife Margaret in South Riding Virginia. They have five children and three grandchildren.

Sister District endorsed John in 2017 where he defeated Subba Kolla (R) in the Virginia House of Delegates District 87 election.

As a Delegate, John built a record of fighting for our shared values. In the Senate, John will fight to eliminate and lower toll costs in Northern Virginia, keep children safe in schools and prevent gun violence, support public education and increase teacher pay and stand up to President Trump while bringing integrity back to public service.

In First Endorsement of 2019, Giffords Backs Dan Helmer and John Bell for the Virginia Legislature 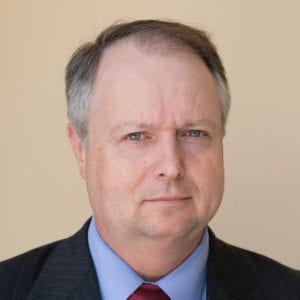 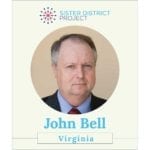