In 2017, Joshua Cole proudly ran for the Virginia House of Delegates to represent Virginia’s 28th District, becoming the first African-American and youngest person to receive any party’s nomination in the district. In a hard-fought race, Joshua finished less than 100 votes shy of having the honor of representing the 28th District. In 2019, he came back and finished the job – becoming one of the youngest members elected to the Virginia General Assembly.

Raised in the 28th, Joshua has lived in Fredericksburg and Stafford County his entire life. A product of the Stafford County Public School system, Joshua was raised by a single mother. His experience dates  back to 2005, when he was appointed by the then-Speaker of the House, the Honorable William J. Howell, as a Page for the Virginia House of Delegates. That same year, he was chosen as the Governor’s Page.

Delegate Cole has served on Stafford County Public Schools Superintendent’s Equity, Diversity and Opportunity Committee. He is a member of the Greater Fredericksburg Area Interfaith Council and the former President of the Stafford County NAACP. In 2020, he was elected as one of the five Democratic National Committee representatives from Virginia. He currently serves as an Associate Pastor at Union Bell Baptist Church in South Stafford and the Chairman of the House of Clergy for the Union of Charismatic Orthodox Churches.

Clear in all of this work is Joshua’s commitment to the communities of the 28th District. Joshua knows not only what it takes to live here, but what it means to build a home in Fredericksburg and Stafford County. He understands the excruciating drive along I-95 that is the bedrock of so many constituent commutes. He’s seen first-hand the ever-increasing cost of living in this community, and has sat with hardworking friends and neighbors, proud Virginians, who simply want to find a way to raise their family in the same town in which they grew up.

Joshua was appointed by the Speaker of the House to serve on the State Commission on Youth, Autism Advisory Council, the Rappahannock River Basin Commission, Martin Luther King, Jr. Memorial Commission, and others. He also serves on the House Committees on Education, Public Safety and Chesapeake, Agriculture and Natural Resources.

Joshua believes unequivocally that healthcare is a human right, not a privilege. Last year, Democratic legislators  pushed through Medicaid expansion, but Republicans tacked on work-requirements. Now, they’ve got a job to finish: repeal the work requirements and pass Medicaid-for-All so every Virginian can see a doctor.

The HD28 area remains the worst traffic hotspot in the country and shows no sign of letting up. The district needs a Delegate who will actually put forward the legislation to end this traffic nightmare, not just talk about the issue.

Make Housing Affordable For All

Eviction rates across the district are far above the national average. In 2016, landlords evicted 1 out of 27 residents in Fredericksburg. When an unexpected car repair can mean destitution, we need a change. Joshua will fight for rent control and to end homelessness.

Our criminal justice system desperately needs reform. The failed “War on Drugs” caused levels of incarceration unseen in our history, with imprisonment disproportionately affecting Blacks and Latinos. We must reform our law enforcement, end monetary bail, and legalize marijuana.

In Richmond, Joshua has taken a people first approach to policy making. In his first term, he voted to increase access to affordable healthcare, raise the minimum wage and make community college tuition free.

Joshua has been a fierce advocate for progressive policy. He has taken on big issues like Climate Change, voting to protect our natural resources and hold big businesses accountable. He supported legislation that would reign in polluters and set higher standards for clean air and water quality. Joshua also patronted historic legislation that will rename Jefferson Davis Highway to Emancipation Highway.

During his first term in the legislature, Del. Joshua Cole has worked with the Democratic majority to ratify the Equal Rights Amendment.They have also expanded medicaid to hundreds of thousands of residents and raised the state’s minimum wage to $15 per hour.  Thanks to Del. Cole and his colleagues, Virginia is leading the way in the South for a more progressive future.

Virginia’s 28th House of Delegates district is located in Stafford County and Fredericksburg. It is represented by incumbent Democrat Joshua Cole.

Elementary school teacher Tara Durant is the Republican candidate running against Democratic Delegate Joshua Cole. She said in her campaign announcement that she was motivated to run for office because of an incident in which she felt intimidated by a Black Lives Matter protest in the summer of 2020. She is also calling for every child to return to in-person learning immediately. 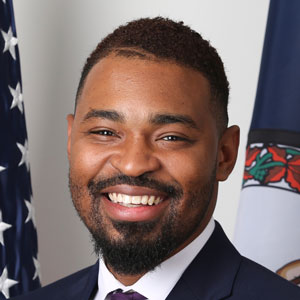