A lifelong resident of Erie County, Julie was raised in a home that valued hard work and humility. A graduate of Penn State Behrend in Erie, Julie went on to serve as Chief of Staff for Pennsylvania State Representative Ryan Bizzarro. In this role, Julie helped drive policy, investments and initiatives that benefited the people of Erie County. She particularly focused on improving the lives of veterans, working families, seniors, students and animals.

In 2015, Governor Wolf asked Julie to join his administration as his Northwest Regional Director. In this role, Julie represented the Governor in Erie and also served as the voice of the people of Erie in the Governor’s administration. Julie built strong relationships with community leaders, and local, state and federal officials on both sides of the aisle so that she could advocate for the people of Erie County. Among other projects during her tenure with the Wolf administration, Julie oversaw the new investments in the Port of Erie, the revitalization of the UPMC Park, and the recovery of the Erie School District.

Julie is running for the Pennsylvania Senate because she knows the issues that matter the most to her community, and she knows that Erie County deserves a champion who will listen and be a strong voice for the community in Harrisburg.

Julie lives in Erie with her Bichon-Poodle Mellie and her new kitten, Mateo. In her spare time, Julie enjoys training for marathons. To date, she has completed three marathons and five half marathons. Julie is also a graduate of Emerge PA, the premier training program for Democratic women running for office in Pennsylvania.

Slomski is especially concerned by the $5 billion shortfall in state government coffers the pandemic has created and will fight in office to properly deploy the billions in federal stimulus funds to both contain COVID-19 and get Pennsylvanians back to work.

The last time Pennsylvania increased its minimum wage was in 2009, and it has been at $9.50 since then. Slomski believes that all workers should earn a family-sustaining wage, which is why she supports a $15 minimum wage.

If there is anything that the ongoing COVID-19 pandemic has taught the nation, it’s that there are massive gaps in the healthcare system today. Julie believes that healthcare is a human right, and that is why she will fight to make it more accessible and affordable for all Pennsylvanians.

Pennsylvania public schools are still feeling the effects of the deep cuts to education during former Gov. Tom Corbett’s administration. Having previously worked with Governor Tom Wolf to increase education funding, Slomski believes that the state is on the right path, but still has a long way to go. In office, she will fight for every school district to get its fair share of state funding.

Slomski supports major tax reform. First, she supports a severance tax on oil and drilling, which would generate billions in state revenue each year for education and health care. Slomski will also fight for property tax reform, working to lower property taxes at a reasonable level and reach a healthy compromise on the issue. 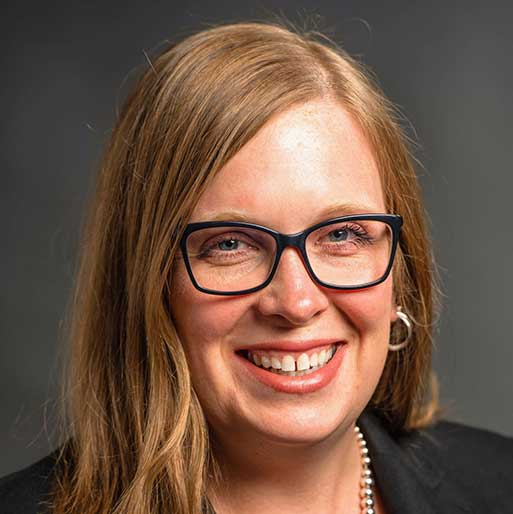 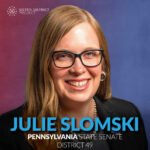