We supported Karrie in 2017, and she is running for re-election in 2019 in the Virginia House of Delegates. Although she has the advantage of incumbency, her seats are far from safe – every dollar counts! Your donation will go directly to Karrie’s campaign.

After moving to Northern Virginia, Karrie became the Communications Director for Shared Hope International, a non-profit dedicated to ending sex trafficking. There, she took her community engagement to new levels, working with local communities and international NGOs to end the brutal abuse of women around the globe.

After leaving Shared Hope to focus on raising her family, Karrie has since started her own small consulting firm and gotten even more involved in local Fairfax issues. Republican County Supervisor Michael Frey appointed Karrie to be a member and later a chair to the Fairfax County Citizen Corps Council, which focuses on emergency preparedness. She was also appointed to the Fairfax County Library Board of Trustees, where she eventually served as Chair.

Karrie was elected to represent the people of Virginia’s 67th District in November of 2017; where she stands up for our Northern Virginia values, put aside the political games, and bring about real solutions for our community.

WHY WAS THIS RACE IMPORTANT?

All 100 seats in the Virginia House of Delegates were up for election in 2017. Republicans held 66 of the 100 seats. In 2015, only 21 Democrats ran against GOP lawmakers. In 2017, Democrats challenged 45 GOP incumbents—including 17 lawmakers whose districts voted for Democrat Hillary Clinton in 2016. 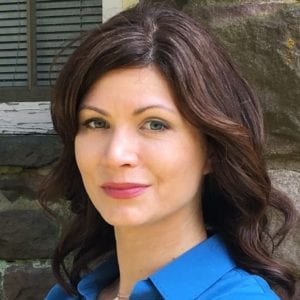 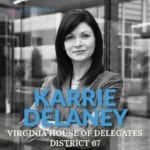