In 2017, Sister District helped fragile incumbent Kathleen keep her seat. Together with a new cohort of Democrats, she helped give 400,000 people access to healthcare in Virginia, among many other accomplishments. We need to help her win again in 2019 so that we can finish the job and flip Virginia blue.

Delegate Kathleen Murphy represents Virginia’s 34th District, located in Fairfax and Loudoun County. The House District includes McLean, Vienna, Wolf Trap, Great Falls and parts of Eastern Loudoun. Delegate Murphy is a member of the House Finance and the Privileges and Elections Committees. She also belongs to the Military and Veterans Caucus and the Virginia Environment and Renewable Energy Caucus. She serves on the Board of Veterans Services and chairs the Women Veterans Workgroup.During the Clinton Administration, she worked as a Senior Advisor for International Trade issues at the Department of Commerce and handled Congressional Affairs at USAID.

Previously, she was senior staff for Congressman Charlie Wilson (D-TX), where she handled Defense and Foreign Operations appropriations. Kathleen helped found Salute Our Services, which connected deployed service members to their families, and helped found Kids Serve Too, an organization to honor and support children in military families. Kathleen played a critical role in Women’s Campaign International, an organization dedicated to teaching women in developing countries how to become political leaders, and was a founding member of the Congressional Wives Task Force, an advocacy group that focused on ensuring accurate nutrition labeling on food products and decreasing violence in children’s television.Kathleen is a member of the McLean Community Foundation. She served on the Human Services Council for Fairfax County and the Fairfax County Health Care Task Force. She serves on a fundraising board for the Cystic Fibrosis Foundation. She graduated from American University magna cum laude. Kathleen is the mother of four children. She and her husband, Bill Sudow, are long time McLean residents. 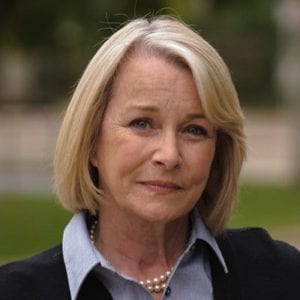 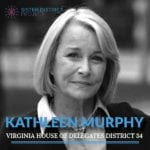