Melissa is a fourth generation Phoenixville resident, a Conestoga graduate and an entrepreneur who started her own digital video business as a single mother. She is running on ‘common sense before politics’ and believes it is more important than ever that regular citizens, not career politicians, get involved in state politics and champion the programs being reduced and eliminated by the federal government. Melissa believes in an immediate bipartisan collaboration to balance the state budget to reduce state debt.

She also promises to conserve our beautiful open space, eliminate the Keystone tests, and ensure that our senior citizens have healthcare that they deserve.

Gerrymandering is a bipartisan issue that has hurt democracy and disproportionately targeted minorities. Political laziness and expediency has prevented the issue of gerrymandering from being solved. When a political party has the power to draw the lines that decide their own fate there is no longer a true democracy. These borders are tactically drawn in order to make state house races less competitive. In order to make as many districts safe or easy for a party to win, legislatures often pack as many voters from the opposing party into as few districts as possible. This limits the opposing party’s power throughout the government. In the end, this can lead to a one-party dominated legislature that does not reflect the will of the people.

It is paramount that we, as Pennsylvanians, take responsibility for our future by practicing fiscal management and common sense budgeting. In the last six years our credit rating has been downgraded five times and is threatened to be downgraded again. Due to reckless governing by our current politicians, Pennsylvania has one of the lowest ratings in the United States and, as a result, has to pay higher interest. We need to hold our current politicians accountable and bridge the budget gap to make sure we are not leaving our children to deal with our state’s enormous deficit. When we are spending money on higher interest rates rather than local infrastructure, it’s clear Harrisburg needs to be shaken up.

When each and every person has a fair shot at success, we all win. In addition to providing topnotch education to our students and investing in local infrastructure, we need a system that empowers all of our fellow workers. Pennsylvania needs a strong minimum wage, to demand equal pay for equal work regardless of gender or race, and to ensure wages and benefits grow to keep up with profits. I proudly stand with those fighting for safe working conditions, to protect Pennsylvania’s own little Davis Bacon law, and to protect the freedom of all people and workers to organize themselves. We must provide paths to prosperity for all of our citizens.

A recent report by the Federal Drug Enforcement Administration on heroin and opioid related hospital admissions in Pennsylvania shows overdoses have quadrupled since 2010, and fatal overdoses rose 37% in 2016. (citing Philly. com goo.gl/XD5cd4) This crisis is having a devastating impact on our Pennsylvania families and communities. As a state we need to do everything we can to fight this disease. It’s time to focus on prevention, treatment, recovery, as well as criminal justice reform.

Dignity For Our Seniors

As Americans it is our duty to protect the men and women who have shaped and built our community and country. Currently, Pennsylvanian seniors are facing increasing cuts to Medicaid that will drastically reduce their standard of living. It is vital that we engage, support, and protect the senior citizen community in our district. They deserve to live with dignity.

Our children do not need to waste valuable instructional time preparing for and taking expensive tests that don’t address how the child can specifically excel in the classroom. Students in grades 4-8 spend 6 days on standardized test prep and test taking. High schoolers spend ten days on the Keystone tests. High school juniors already take the PSAT, SAT, some take AP tests, the ACTs, PSSAs, and finally the Keystones. Some schools spend up to a month preparing students for the exam. We can do better for our children.

Pennsylvania is the only major gas producing state that does not have a severance tax. A severance tax could bring in millions of dollars. Severance tax is putting common sense before politics. 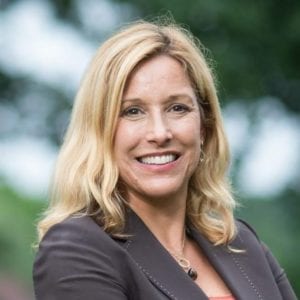 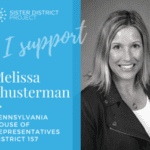