Nancy is an Army veteran and the first female mayor of Hatboro, PA. She grew up the youngest of five children in a working class family, and from a young age her mother taught her the importance of giving back to her community.

In 1976, Nancy entered the US Army and honorably served her country at Field Station Berlin as an analyst and German translator. As a veteran, she understands the challenges that veterans face in life after service. As a PA state representative, she will fight to protect the state’s veterans and will push to secure more funding for veterans’ healthcare and benefits.

In 2007, Nancy felt a calling to public service and ran for Hatboro Council, the governing body for her hometown, which had been controlled by Republicans for decades. She won and served two terms before running for Mayor in 2017.  When she won, she became the first female Mayor in Hatboro’s history.

Nancy has been married to her husband, Steve for 25 years and has one son, Alexander.

An Economy That Works
Pennsylvania’s wages continue to stagnate, taxes seem to always increase and unemployment remains a problem, but nothing is being done to address the economy. Nancy knows that Pennsylvania needs to raise the minimum wage, address severe budget shortfalls with PennDOT and DEP, and invest in renewable energy to create new jobs.

Fighting For Our Kids
PA is ranked 46th in the nation for school funding. The state is not paying its fair share of school budgets, putting more pressure on the school boards to raise local taxes. Nancy will fight for a sustainable, fair school funding formula to ensure equitable funding to improve schools for children.

Protecting Women’s Rights
Republicans in state legislatures across the country have declared open season on women’s reproductive rights. As a state representative, Nancy is committed to fight to protect a woman’s right to choose.

Stopping Gun Violence
The scourge of gun violence has finally and tragically hit home for Pennsylvania. In October of 2019, 11 people at the Tree of Life Congregation in Pittsburgh were brutally murdered by an anti-Semitic man who should have never had access to a gun. Nancy knows that Pennsylvania needs to strengthen background check laws, so that only law-abiding individuals have access to firearms.

Voting Rights
Currently, not all votes count the same. Due to extremely partisan gerrymandering, the 2016 Congressional elections resulted in Republicans winning 72% of seats, while only getting 59% of the total vote. All votes must count, and Nancy will fight to keep Pennsylvania’s Redistricting Commission independent from partisan influence.

Expanding Healthcare
We need to work towards a Pennsylvania with 100% of citizens insured. We need to continue to expand healthcare coverage, so that we can prevent unnecessary disputes between insured and uninsured victims and eliminate the uninsured patient risk for hospitals across the Commonwealth. Healthcare is a right, but most importantly, the private healthcare market must remain regulated. 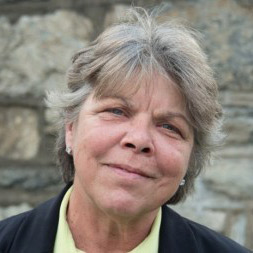 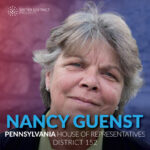