Phil was born and raised in Hampton Roads, attended public schools, and received a Gates Millennium Scholarship, which made it possible for him to attend William & Mary, study abroad at Oxford University, and become the first in his family to graduate from college.

He was determined to put that education to good use, to solve problems and serve others. Phil signed up to serve as a Senior Policy Analyst in President Obama’s White House Domestic Policy Council, where—for nearly four years—he partnered with leaders across the country to promote clean energy, fight for clean air and water, and help coordinate the response to the BP Oil Spill, the worst spill in American history.

While in law school, he spent his time representing low-income families facing eviction. During this time, he developed legislation aimed at preventing homelessness and then pushed that bill—AB 2819—through the legislature. After more than a year of advocacy, it was signed into law in 2016 and is now protecting tens of thousands of families each year.

More recently, Phil worked as an attorney with a nonprofit organization and advocated for civil rights and the rights of working people. In this role, he interacted with people from all walks of life—from grassroots organizers, to union leaders, to people who have been through the criminal justice system—all in the name of creating more and better economic opportunity for all people.

Education
Education, including problems with teacher retention in Accomack County, is one of the top issues Phil addresses: “We have teachers who live here in the county, who send their children to schools here in Accomack County, and then drive across the border to Maryland, where teacher pay is about 20 percent higher, on average. We’ve got to do more to attract and retain that teacher talent here in this community,” he said.

The Equal Rights Amendment
Virginia could be the 38th, and final state needed, to ratify the amendment. “We should absolutely be able to vote on equal rights for all genders in the year 2019,” sayz Hernandez. 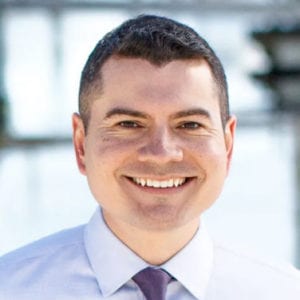 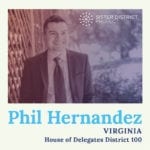