Born in Brooklyn, New York, Regina Lewis Ward grew up in public housing with her parents and siblings. She attended public schools and as a young girl, Regina’s parents taught her the values of hard work and honesty, and that positive change requires personal sacrifice.

Her father drove tractor trailers and was a member of the Teamsters Labor Union. She recalls sitting in “big rigs” with her father as a young girl and learning how to use a CB radio. Regina’s other childhood memories include taking trips with her mother to the food pantry at the New York City Housing authority to pick up block cheese and powdered milk.

Throughout school, Regina set goals for herself and worked hard to achieve them. She earned a BBA in computer systems from Bernard M. Baruch College and an MA in political science from Clayton State University.

Regina has more than thirty years of leadership and budgetary experience. After graduation, she worked for the NYC Landmarks Preservation Commission. She also served as a shop steward for the American Federation of State, County, and Municipal Employees, where she protected the rights of its members. Regina went on to join the managerial ranks of New York City Transit.

After retiring from New York City Transit, Regina moved to Henry County, where she has lived for the past fifteen years. She became a small business owner and achieved Disadvantaged Business Enterprise (DBE) certifications to compete for federal, state, and local contracts. In 2015, she partnered with the U.S. Small Business Administration and hosted seminars on minority contracting for women business owners.

In 2014, Regina joined the City of Stockbridge, GA council and became a committed advocate for families with disabled children. She received public support to use federal funds to upgrade two public parks with adaptable playground equipment and also created the first Stockbridge Citizens Academy to acquaint locals with government operations.

Regina volunteers her time with several community programs and organizations, including Get Georgia Reading, the NAACP Advisory Council for Education Excellence, National Women in Agriculture Association, One Henry Economic Alliance, and the League of Women Voters of GA.

Empower Working Families
Regina believes that hard-working families are vital to Georgia’s economy and deserve a livable wage. Housing, utilities, food, childcare, and medical costs are skyrocketing, while wages remain stagnant. For many young Georgians, tuition for a college education is completely out of reach. Working with city and county governments to attract and retain high-paying jobs in our district, fighting against social injustice that drive away business development, and pursuing resources to support small businesses, especially minority or women owned, are a few important issues Regina will keep in the forefront as she works tirelessly to empower working families.

Access to Health Care
Regina supports building a more prosperous Georgia for everyone, and access to health care is critical to achieving that goal. If elected, Regina will fight for Medicaid expansion, which will close the coverage gap and provide medical insurance to more than 500,000 Georgians.

Invest in Education
Quality education is essential to a community’s success and helps lift people out of poverty. Georgia spends less on average per student than many other states. Regina will fight for early investment in our children so that every child in Georgia has a chance to be a proficient reader by the end of third grade.

Regina will also work to make community college and vocational schools affordable. She believes that our young people should be equipped to meet the career challenges of the 21st Century without a massive amount of debt holding them back.

Environmental Justice
Regina believes that we all have a right to live in a clean and healthy environment. Regina promises to push for policies that protect all Georgians from environmental hazards. People of color and low-income Georgians suffer disproportionately from the harmful effects of toxic pollution. Regina will fight to ensure that these communities are not targeted for landfills, truck depots, and incinerators. 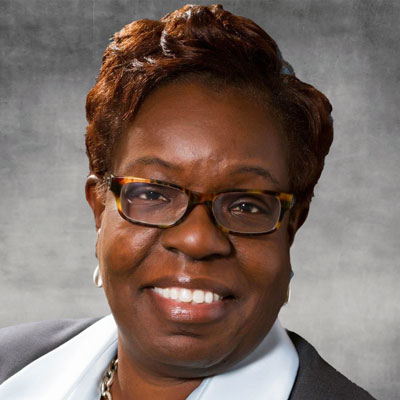 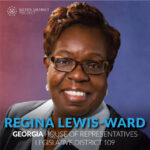