Sydney Batch is a lawyer, social worker, and child welfare advocate who was raised in North Carolina. Sydney received her undergraduate degree at the University of North Carolina at Chapel Hill, where she remained for her Juris Doctorate and Masters of Social Work. Following law school, Sydney entered private practice with her husband, J. Patrick Williams. She is the founding partner at the law firm, Batch, Poore & Williams, PC. Her practice primarily focuses on family law, child welfare law, and appellate work.

In 2018, Sydney was elected to the NC House of Representatives. She represents House District 37, which encompasses southern Wake County. She currently serves on the following committees: Judiciary, Finance, Elections Law, and Ethics, and State and Local Government. As a legislator, Sydney believes that policy and evidence-based research should inform and guide the legislation passed in the North Carolina General Assembly. Since being elected to office she has advocated for paid family leave, Medicaid expansion, the expansion of early childhood education and mental health reform.

Paid leave
Sydney was proud to co-sponsor a paid family and medical leave insurance bill in North Carolina. It shares costs between the employer and employee; and covers small businesses and people who are self-employed. It also uses an inclusive definition of family, provides job protection, and addresses the needs of military families.

Sydney knows that a lack of job protection is a major barrier that prevents working people from taking leave. Ensuring that all workers — including those at small businesses, those who work part-time, and those who are recent hires — have job protection is essential for employees to feel comfortable with taking paid leave. All workers deserve the right to be able to care for themselves or a loved one without the fear of being fired or paying their bills while out of work.

Healthcare
Hundreds of thousands of North Carolinians do not have access to healthcare. Expanding Medicaid will insure an additional 500,000 people, but many will still be left uninsured. Medicaid expansion simply isn’t enough. It is incumbent upon legislators to find solutions that provide people with access to affordable health care. We need to make it more affordable for small businesses to provide health insurance to their employees and make the healthcare market more accessible and affordable for those who are independent contractors, such as real estate agents. By taking a holistic approach to healthcare reform, we will be able to drastically decrease our uninsured population.

Small Business
Small businesses are the lifeblood of our economy. Yet, they face obstacles that prevent them from expanding their businesses. As a small business owner, Sydney understand the challenges of being able to recruit the best employees due to an inability to compete with larger businesses. While she provides health insurance, retirement plans and paid leave for her employees, not every business can due to a lack of financial resources. It is imperative that we find solutions for small businesses, such as paid family leave and affordable health care options so that they can attract and retain the top talent. We also need to ensure that they have the ability to access capital through low interest small business loans so they can grow their businesses and continue to create new jobs.

Education
Schools. While North Carolina’s schools look different across the state’s 100 counties, Sydney knows that we need to ensure that every child is able to learn and achieve her highest potential in an environment that has all of the basic resources students, teachers and administrators need. Enrichment classes, such as art, physical education, and music should not be eliminated from the curriculum. Our children have a constitutional right to a free, public education. Sydney greatly benefited from her NC public school education, all the way from elementary school through her two graduate degrees. She now has children enrolled in public schools. She sees the struggle for resources today that were not there in years past. From the state level, we must collaborate and strategize with counties to strengthen every school system in our state.

Students. Education is the great equalizer. NC’s tradition and reputation for providing the highest quality education has eroded in recent years as a direct result of lawmakers’ policy and funding decisions. North Carolina ranks 44th in the country in per pupil funding. ALL of our children need to be on the top of our priority list because they are our future workers, parents, and community leaders. Having a robust educational foundation supports the current and future jobs and careers that North Carolina needs.

Teachers. We must support and incentivize our teachers to do what they do best: educate our children. Teacher pay needs to be increased to at least the national average. Teachers need flexibility in order to engage students to learn the critical thinking skills to succeed in our 21st century world. They should not be forced to teach to a test. Too often, teachers are underpaid, over-regulated, and overworked. They need to be paid a fair and competitive salary for their work and dedication to the ever-changing educational needs of our children.

Environment
Clean Air & Safe Water. Every person deserves to breathe clean air and have safe, drinkable water. This should not be a privilege, but a right. Our state government has a unique and non-delegable role to play in ensuring a safe and protected environment. For too long now, Republicans have allowed corporations to increase and pocket their profits while forcing taxpayers to clean-up after their environmental damage. As one example, Republicans have refused to hold Duke Energy accountable for the coal ash spill of 2014 and have allowed the costs to be passed on to taxpayers. North Carolinians deserve better from corporations and from our elected officials, who are often looking out for their interests rather than the public at large.

Stronger Legislation. We need laws that:

Mental Health and Substance Abuse
As an attorney, Sydney has seen the harmful impacts that substance use and abuse have on individuals, families, and communities. She has worked with many people who want to obtain sobriety and are ready to participate in treatment programs that have a proven track record. Unfortunately, very few people are able to access treatment because they do not have insurance, or they do not have the assets to pay privately. Like every other state facing the opioid crisis, Sydney believes we must fund treatment programs for those North Carolinians who want to tackle their addictions and live a life of sobriety.

“Lawmaker skipping time off for cancer recovery to block anti-abortion bill: “I wouldn’t be able to live with myself”” -The Intercept 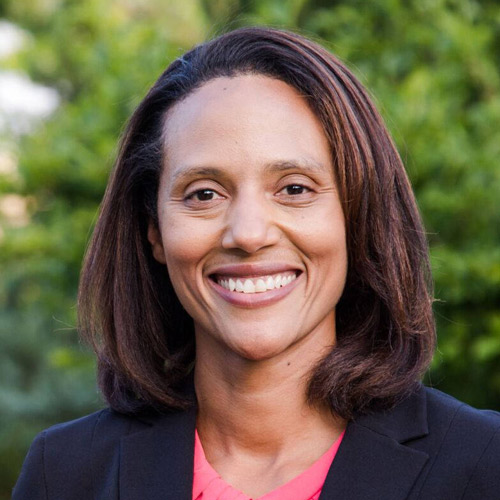 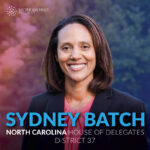