Dr. Tammy Savoie was born in New Orleans, La and grew up in Orleans and Jefferson Parishes. She graduated from St. Mary’s Dominican High School and went on to earn Bachelor’s and Master’s Degrees from the University of New Orleans. She earned her PhD from Emory University in Clinical Psychology in 1991. She is currently licensed to practice in Louisiana and Virginia.

Dr. Savoie enlisted in the Louisiana Air National Guard in 1978 and became the first female Law Enforcement/Security Forces specialist in Louisiana. She went on to serve in the Air National Guard for 15 years before accepting a commission in the United States Air Force in 1994. She then served for 22 years on active duty before retiring as a Lieutenant Colonel in 2016 as Chief, International Health for the Air Force Central Command.

During her tenure in the Air Force, Dr. Savoie held various clinical positions, serving as the Flight Commander for the Life Skills Flight in Del Rio, TX. She did pro bono work in the Del Rio community and launched the first military – civilian Critical Incident Stress Team working with the mayor, city officials and Border Patrol. Other clinical assignments included Chief of Psychological Services at Maxwell Air Force Base and Substance Abuse Element Leader at Kadena Air Base, Japan.

After years of clinical work Dr. Savoie served in broader leadership roles. She was chosen as the Chief, Biobehavioral Performance Branch in San Antonio where she was responsible for leading a $50M Science and Technology effort assessing the effects of environmental factors on human performance. She was stationed at the European Office of Aerospace Research and Development as the Deputy Commander connecting European researchers with our DoD counterparts. Assigned to the Pentagon on the Joint Staff, she did health care policy work and was the lead on major international agreements and on all US-NATO medical efforts. She deployed to Afghanistan as part of the Pentagon’s Mental Health Advisory Team where she assessed and improved the behavioral health care system for our troops. After traveling throughout the Middle East as Chief, International Health for Air Force Central Command she retired and returned home to New Orleans.

Dr. Savoie currently does consulting for the Veterans Evaluation Services on behalf of Veterans. She is an Adjunct Faculty at the Chicago School of Professional Psychology, Xavier University, New Orleans. She volunteers with the Red Cross and recently accepted a volunteer position as a Red Cross liaison officer with the Governor’s Office of Homeland Security and Emergency Preparedness (GOHSEP). She is the Disaster Mental Health Coordinator, Red Cross Southeast Louisiana Chapter. She has deployed with the American Red Cross. She is a community advocate for those who do not currently have a voice in our current legislature.

We sat down with Tammy to find out more about why she’s running. Read the full interview!

Besides local issues as District 94 Representative, I will fight ferociously to advance Louisiana on all fronts to lift us from the bottom of all the life quality indexes, including being the worst state in the union for women to live. These issues include:

We have seen threats to our democracy across the country which we must combat on all levels, federal, state and local! We must and, as District 94 Representative, I will relentlessly pursue the preservation of our democracy by taking on these challenging issues: 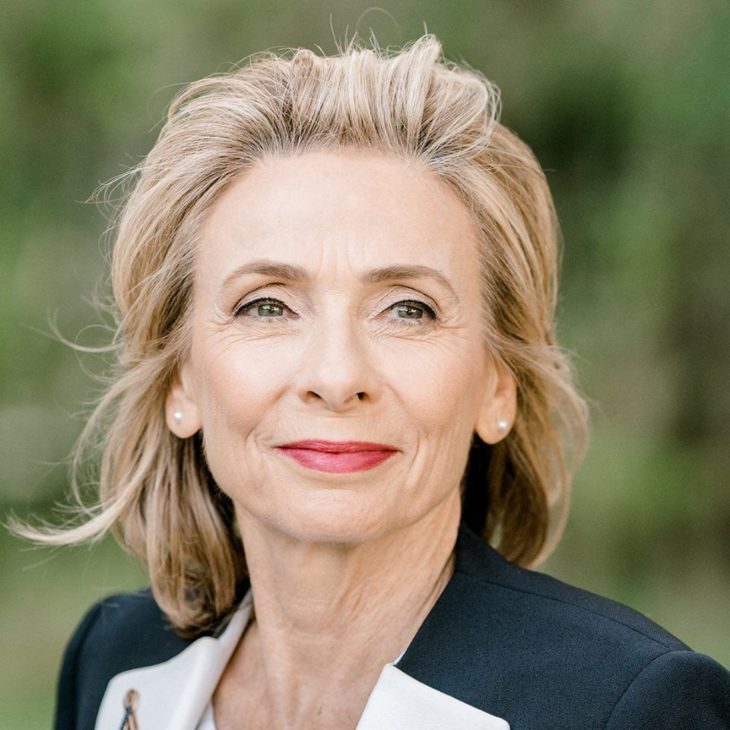 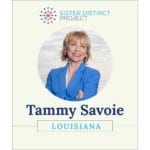