Wendy was raised to work hard and serve others. She grew up in Cranbury, New Jersey with her parents, both of whom were union members, and her two older brothers.

After starting her career at Bell Laboratories, Wendy and her husband Chris made the move from New Jersey to Virginia. Following the birth of her children, Wendy became enamored with education and received her Masters in Education from Shenandoah University. She taught in the Clarke County public school system, at an area private school, and partially homeschooled her children, Chloe and Locke. As her kids entered college, Wendy joined RE/MAX as a realtor and has been there since.

Like millions of other Americans in 2017, Wendy decided that she had to get off the sidelines. She was a founding member of an Indivisible chapter in the predominantly red Clarke County. After realizing that no one else was going to challenge the long time Republican incumbent, Wendy raised her hand to run. She ran an incredible campaign and became one of the 15 Democrats to flip state House of Delegates seats in 2017. In 2019, the same Republican incumbent ran to reclaim his seat, spending over $500,000 of his own money only to lose to Wendy by a larger margin than in 2017.

Wendy resides on a farm in Clarke County, Virginia with her husband, six horses, and two Rhodesian Ridgebacks. She lives by her favorite quote by John Wayne, “Courage is being scared to death but saddling up anyway.”

Since getting elected to the House of Delegates, Wendy has voted for, sponsored and co-sponsored various historic pieces of legislation.  In 2021, she carried a bill that would expand maternal healthcare by establishing new licensure that would bring greater opportunity for qualified persons to practice midwifery. Wendy also carried a bill that would allow children who have entered the welfare system to be raised by relatives or fictive kin and legislation to specify that the Commissioner of Labor and Industry can set workplace safety and cleanliness standards for domestic workers. In order to protect our environment and public health, Wendy carried a bill in 2020 to regulate hazardous open dumps and penalize those who profit from them. Additionally, she was the chief co-patron for legislation that expanded naloxone access, a vital tool in the effort to address the opioid epidemic. She also worked with the Democratic majority to ratify the Equal Rights Amendment.

In response to the tragic loss of her brother, Wendy took action to help those struggling with mental illness and prevent child abuse. She introduced legislation in her first term that requires the state to produce an annual report on suicide prevention. In 2018, she championed legislation that required clergy to act as mandatory reporters of child abuse and passed a bill the following year that requires the Virginia Department of Social Services to retain reports of unfounded child abuse investigations to keep Virginia children safe.

Education
As a career educator and mom of two, Wendy understands that our communities are only as strong as our schools are. She is focused on getting kids back in school as she knows that they are missing critical learning time amid the COVID-19 pandemic. Wendy is also committed to paying teachers a fair and liveable wage. Both her mom and grandmother were public school teachers and union members, so she understands firsthand the impact of underpaid educators and the vital support unions can provide. In fact, Wendy voted in favor of giving teachers a 5% pay raise and will continue to champion legislation to ensure they are paid at or above the national average. She knows that investing in Virginia’s families means investing in Virginia’s teachers. The schools, their teachers, and other staff struggled mightily during the pandemic, and need our full support more than ever.

Healthcare
Wendy believes that everyone should receive the health care they need and deserve. Wendy voted to expand Medicaid so that over 500,000 Virginians don’t have to keep making the impossible choices between paying healthcare bills or paying the mortgage. During the pandemic, the expansion of Medicaid proved to be more vital than ever. Wendy has also championed legislation to increase prescription drug transparency, cap the price of insulin, and expand telemedicine options.

About a week into her first candidacy, Wendy lost her brother to mental illness. Despite the heroic efforts of many, he was unable to get the health care he needed. She’s fighting so that Virginia families don’t have to experience what hers did. In the United States, we don’t abandon the most vulnerable among us, we help and care for them.

Jobs and Economic Development
Wendy believes that the economy should work for everyone, and give each Virginian a fair shot, especially as Virginia recovers from the pandemic. She led the charge on legislation to establish and extend a workshare program to prevent layoffs and help employers, and voted to fund small business grants to revitalize our economy. The pandemic has highlighted the need for labor protections for essential workers. Wendy has been an advocate for a living minimum wage and was proud to support successful legislation to raise the minimum wage to $12. She voted to establish collective bargaining and will continue to fight for workers’ rights, labor unions, and equal economic opportunity for all Virginians.

Wendy knows that our economy relies on its public infrastructure– including roads, bike lanes, and transit systems. Wendy secured funding to make critical repairs to I-81 and now serves as the chair of the I-81 committee overseeing infrastructure improvements. Virginia’s economy is developing quickly, and we must take steps to ensure that our workforce is well trained and paid so that it can grow and compete.

Voting Rights
Just a few years ago, Virginia was one of the most restrictive states in which to vote. Wendy has worked to advocate for more equitable voting opportunities so that no one faces discriminatory barriers to the ballot box. She supported measures to establish no-excuse absentee voting, same-day voter registration, and expanded curbside voting. This past year, Wendy voted in favor of Virginia’s historic Voting Rights Act to enact key voter protections, the first bill of its kind in the South. Moving forward, Wendy will continue to support measures that allow greater participation from Virginia’s electorate and strengthen our democracy.

Environment and Agriculture
Wendy believes that strong communities start with a healthy planet. Raising her children on the banks of the Shenandoah River, Wendy chose to live in District 10 because of its beautiful green spaces, clean water, and clear air. Wendy supports Virginia’s investment in renewable energy, making alternative energy options like solar panels and wind energy more accessible and affordable. She pushes for cleanup efforts and the preservation of District 10’s best green spaces. Development must be responsible, and cannot come at the cost of our land, water, and air.

In office, Wendy serves as Vice Chair of the Agriculture, Chesapeake, and Natural Resources Committee and Co-Chair of the bipartisan Virginia Environment and Renewable Energy Caucus. In these roles, Wendy has been a bold advocate for progressive environmental policies such as the Virginia Clean Economy Act, which made Virginia the first southern state with a 100% clean energy standard. She also supported legislation to encourage the use of electric cars in Virginia. To ensure that she can legislate without bias, Wendy has pledged never to take campaign contributions from Dominion Power or Appalachian Power.

Growing up in the country, Wendy knows we must support the Virginia farmers who put food on all of our tables. Wendy championed legislation to establish a grant program for local food and farming infrastructure and passed financial relief for dairy farmers that includes training on environmental practices. Additionally, Wendy worked with the Speaker to pass legislation that will provide financial assistance to farmers and relief to Virginia families struggling with food insecurity.

Tension over election integrity erupts in Virginia House of Delegates 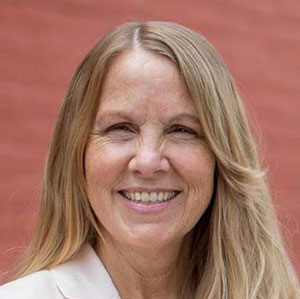 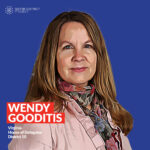