For Ann Johnson, politics is about public service. It’s about fighting for what’s right, and most importantly, it’s about community.

Ann did not always want to run for office. She studied to be a lawyer, and had worked in private practice and with the Harris County District Attorney before moving into human trafficking law. When recalling her beginnings in that field, Ann remarks, “I didn’t pursue the field; it found me. I never would have imagined I’d be doing human trafficking work.”

After departing the DA’s office in the late 2000s, Ann began working in juvenile defense, where she was appointed to represent children in court. That experience not only lay the groundwork for her later work in human trafficking law, but also greatly inform one of the key issues that drove her to run for office.

In one case, Ann was appointed to represent a 13-year-old girl who was being tried for prostitution. Although it was clear to Ann that this girl was a survivor of human trafficking, it was also clear that the existing system was not built to support her. At the time in Texas, human trafficking victims were tried for the crime of prostitution ostensibly as a means to get the defendent into social services.

Ann recounts a particularly impactful conversation with her former law school professor: “She looked at me standing in the hallway and said, ‘You’ve got to fix the system.’ In that moment I felt in the pit of my stomach that yes, I do have to fix this.”

Ann made it her lifelong goal to tackle a broken juvenile justice system, and rebuild it to respect victims of human trafficking.

She began by appealing the case with the 13 year old girl.

Ann describes a difficult court battle. She was one of the first lawyers in the nation to argue that children who were being tried for prostitution were actually victims of human trafficking. Eventually, the case gained national attention when it went to Texas Supreme Court – where Ann won.

But the fight was just beginning.

“We got a huge backlash,” Ann remembers. “We got a backlash because the legislature was not putting funding into what we needed to do differently.”

Houston, Texas is one of the largest hubs for human trafficking in the country, and Ann realized that she would have to become an expert in the field in order to continue the fight. She returned to the Harris County DA’s office and founded its Human Trafficking Division, where she served as its first Chief until 2017.

“I have literally talked to thousands of women who have been victims of human trafficking,” Ann says, “and I feel very strongly that there’s more work to be done on behalf of these women and children.”

Although the grounding for Ann’s current campaign carries a sense of gravity, she does not let this get in the way of leading an upbeat campaign.

When asked what she enjoys most about being a candidate, she immediately starts talking about the people she is able to meet and work with.

“I love knocking on doors. I find it energizing,” she she says. “The more I talk with people and we start talking about issues, it just adds fuel to the fire and I think ‘This is why we’re doing this, this is why we have to win’. ”

Ann is also quick to praise her team, and identifies them as one of the best parts of her campaign. True to her community-driven roots, Ann describes a very diverse group of supporters. “I’m 45 years old, and I have a perspective on my life and the things that are important to me,” she remarks, “and I absolutely love hearing from college and high school interns and volunteers about the things that are important to them. We also have retirees who are involved in our campaign, and they have a completely different lens.”

Ann firmly believes that although her team and her supporters come from all backgrounds, there are core values that everyone shares and certain anxieties that everyone is concerned about.

Ann wants more than just a “win” in the Texas House.

She wants to amplify the voices of those who cannot speak for themselves, and to uplift communities that don’t get much mainstream attention. It is clear that Ann wants to reintroduce a sense of community into politics.

“You need diversity,” she says. “We need those genuine human connections.”

In the end, Ann remarks, “I’m always reminded that we’re all pulling the train in the same direction.” 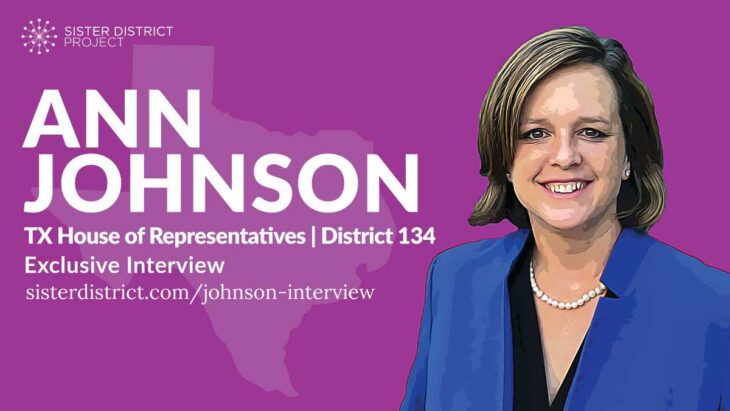 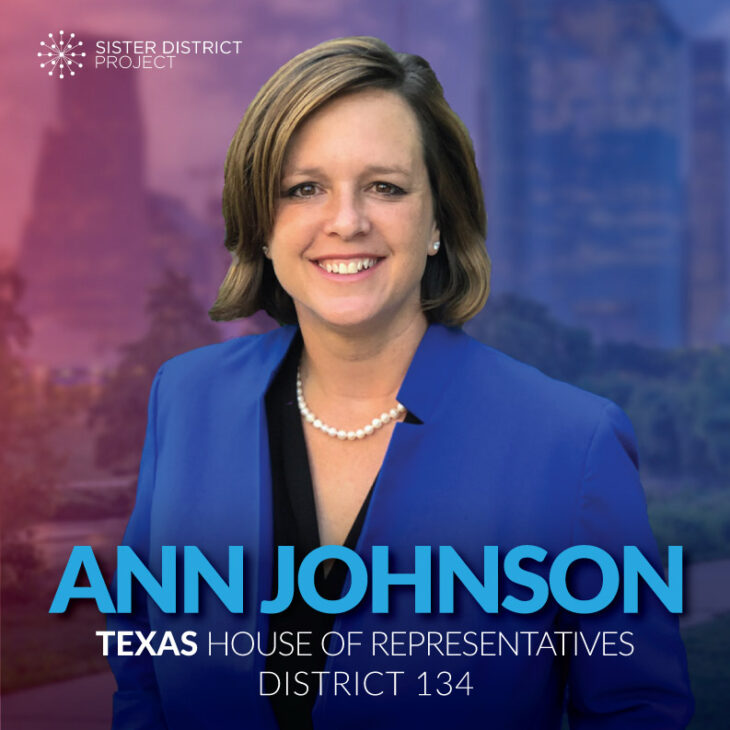