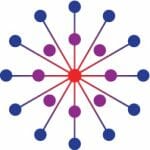 With only 100 days until Election Day, Roxi and Gary — leaders of Sister District South Bay LA — knew they needed a fun, creative way to get folks to make calls during the weekend of July 24th. The question was: if a volunteer wouldn’t make the calls themselves, would they “sponsor” someone to make those calls for them? Nearly $2,000 raised for over 1,000 dials later, we determined the answer was a resounding yes!

We chose to name this the “100 Dials for ‘100 Days’ Challenge” and used the project to ease volunteer phone anxiety. The idea was to call 100 voters as fast as you can, maximizing your efficiency, and making a big dent in the call universe of these campaigns. We didn’t set any goals around finding supporters, opposition, wrong numbers, or undecided voters. Our goal was simply to make 100 calls as quickly as possible!

Volunteers could choose between two paths:

In order to make this a success, we needed to find callers and sponsors. We did this in a few ways:

In order to share the news and debrief the weekend’s success, we asked folks to join us on Sunday for a congratulatory toast. Once there, we were able to share the great news: