Canvassing, or knocking on doors, is the campaign activity of systematically going to voters’ homes and having a conversation. Face to face interactions are the most powerful way to persuade voters to vote for your candidate or to show up to the polls on Election Day, and canvassing is the best way for a candidate to carefully track the progress of convincing voters to vote for them.

Persuasion and “get out the vote” (GOTV) canvassing happen at different times in the electoral cycle, and have different associated techniques and talking points.

Presidential election years have the highest voter turnout, because the election is covered constantly by every media outlet for nearly two years before Election Day. Presidential elections happen every four years, and “mid-term” elections happen every two years. The “odd” years which are neither a presidential nor a midterm are widely considered “off-year” elections. But, state, local, and special elections are happening across the country all the time! For example, in 2019 alone, Virginia, Mississippi, Louisiana, Kentucky, and New Jersey all had state legislative (and some gubernatorial) elections. And, elections are taking place in 63 of the 100 largest cities in the U.S.

Here at Sister District, where we focus on state legislative elections that happen every year, we don’t think that any year is an “off” year!

Canvassing in off-years can feel very different from presidential or midterm years. If you’ve only canvassed once in your life, it was probably during “get out the vote” (GOTV) weekend for a presidential candidate. At the end of two exhausting years of constant advertisements, news coverage, and fights around the dinner table, many voters are tired of hearing about the race for president. And when canvassing for a presidential election, you’d be hard-pressed to find someone who didn’t know there was an election about to happen!

But in off-year elections, voters typically are not overwhelmed by the electoral cycle when you knock on their door – in fact, they may not even be aware there’s an important election right around the corner. Voter education and mobilization is especially important in off years.

The “top of the ticket” refers to the highest office on the ballot during that election – usually indicating a federal or gubernatorial office (president, US Senate or House of Representatives, or governor). State and local seats are considered “downballot.” They’re listed literally farther down on the ballot, and depending on how big your ballot is, they may even be on separate pages.

Who Canvasses – Volunteers or Campaign Staff?

Both! Of course, the very best canvassers are always the candidates themselves. Especially for downticket races, where candidates’ name recognition (or “name ID”) is typically very low, it’s important to make a personal impression. Campaign staff also spend a big chunk of their time knocking doors, especially during the long persuasion phase when volunteers may not be as engaged. But, volunteer enthusiasm can have a big impact on voters when talking face-to-face. After all, if you’re willing to spend your free time helping a candidate get elected, there must be something special about them!

What to Expect When You’re Canvassing

As a volunteer, you’ll be given a “canvass launch” address to go to, where you will pick up your materials and get your canvassing assignment. Early in the electoral cycle, canvassing shifts usually launch from the campaign office, but by GOTV weekend there are typically many launch locations spread throughout the district. They could be anything from a supporter’s garage to a local church or a big parking lot.

When you arrive, you’ll be asked to sign in and be given a short training by campaign staff or a “super volunteer.” You’ll also be given a stack of campaign literature and a “walk packet” of doors to knock. The packet will have voters’ names and addresses, a map, and space to indicate what type of interaction you have at each address. If you are able to talk to the voter, you’ll record how likely they are to vote for your candidate. If you can’t reach the voter, you’ll record why (not home, inaccessible, moved, etc.).

Then, you’ll hit the doors! Your “turf” might be a bit of a drive away, but once you get there it should be easy to walk from house to house. A good walk packet will have addresses grouped by evens and odds, so the canvasser can knock every door on one side and then switch to the other side of the street. Or, it can be fun to knock in pairs; each person can take one side of the street.

Once you’re finished with your packet, be sure to return it to the campaign office, along with any lit you didn’t use. The campaign will then enter all of the voter information you collected into their database, and redistribute the lit to other canvassers.

Do’s and Don’ts of Canvassing

Like any specialized activity, canvassing has its own jargon and shorthand. But with a little practice, you’ll sound just like a seasoned campaign operative in no time.

Read more about canvassing on our blog! 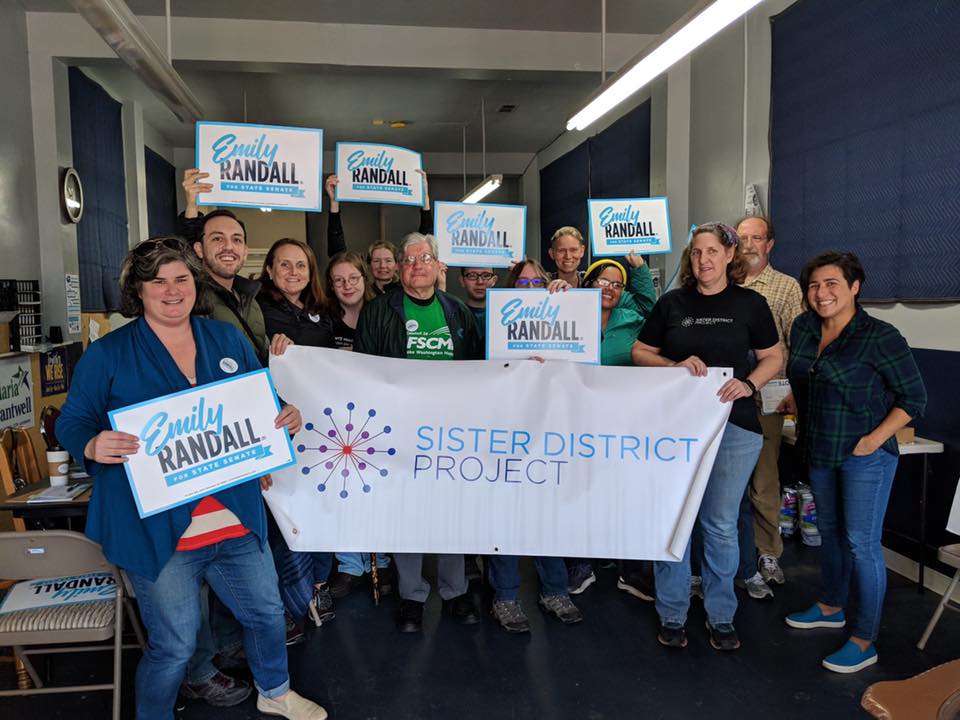 GOTV With Our Latest Research

Get Out More Votes, More Effectively The temperature is dropping, the leaves are changing, and pumpkins are popping up on front porches all over the nation. You know what that means: GOTV is here! GOTV, or “get out the vote,” marks a shift in campaign focus from persuading voters to vote for specific candidates or […] 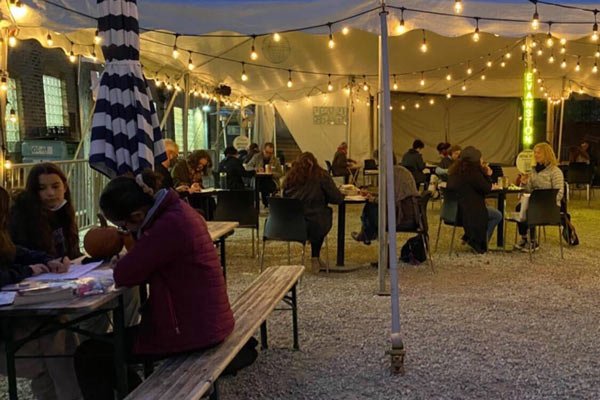 Six Things You Can Do To GOTV

GOTV has arrived! Sister District outlines the 6 things you can do this election season to help get out the vote.

It’s science—these messages work best to get voters to the polls. Brought to you by Sister District Action Network Associate Director of Research Mallory Roman. 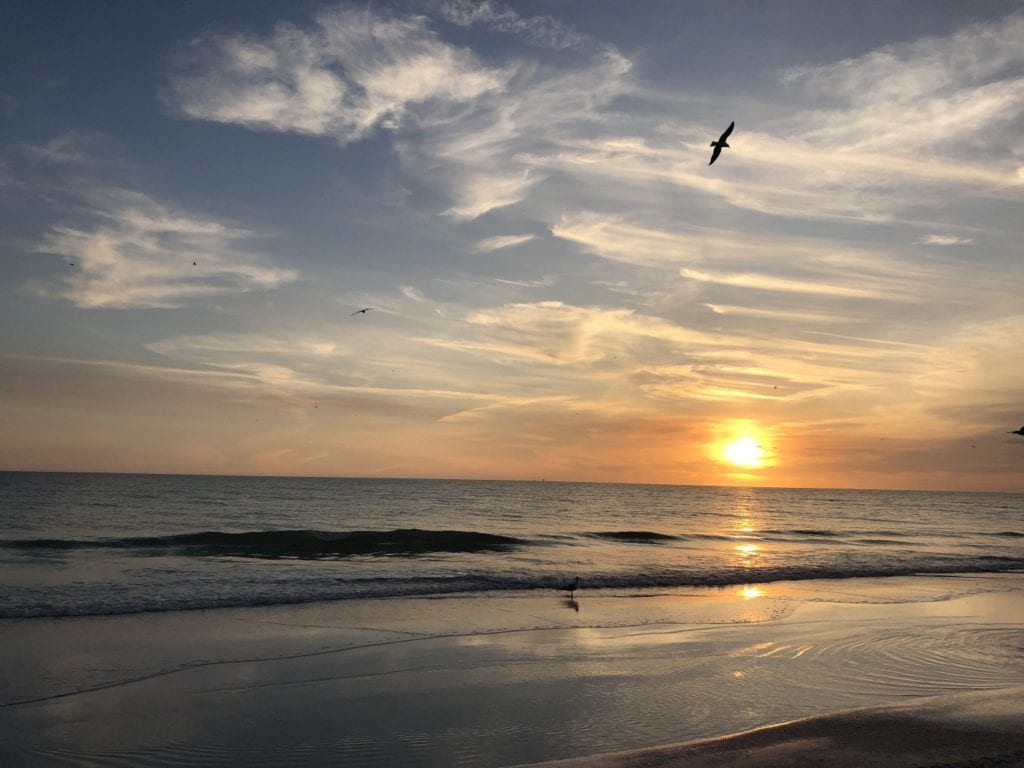 Margaret Good, a Sister District Alum, is running for Congress this year! Sister District takes a look back at what it was like to canvass for Margaret in her Florida State House Campaign.